In the field of Engineering Design, Finite Element Analysis (FEA) has evolved as a powerful tool for Computer Aided Engineering for modeling and analysis of structures having complex geometries and with variable material properties. It is used extensively during the design stage in various engineering domains such as Automobile, Aeronautical, Power Plants, Production Engineering, etc. for product optimization leading to better performance.

FEA accurately predicts components response when subjected to thermal and structural loads. It verifies design integrity and identifies critical location on a component without having to build the component. With the increasing demand for better product quality and reliability at a reduced cost, FEA has become a vital tool that enables design engineers and organization to develop and to enhance the design of the existing products at a reduced cost and time. It also helps companies to obtain an edge over the competitors products and place them ahead in the global markets. 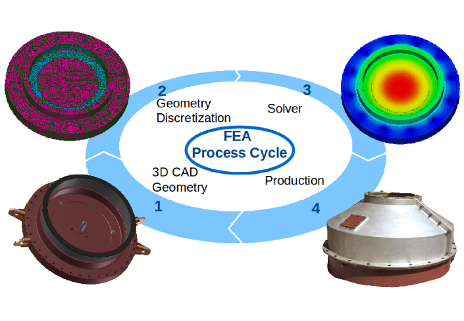 Aerospace industry is always dedicated to deliver safe, reliable, durable and technically superior products. Hence, it always chooses and uses very stringent safety and regulatory norms appropriate for their products. The selection of such norms depends upon the performance, safety and quality of the components. Varying standards with respect to varying applications make the design engineers to carefully design their components that meet out these requirements. As the standards vary randomly with respect to every single components and systems, the level of complexity for the designers increases. It even increases when it comes to the process of integrating all individual components into one system. In order to handle such complexities at a very early stage and to respond to the need for continuous improvements for better product in a shorter lead time to market, the use of advanced modeling and simulation tools like FEA has become mandatory. 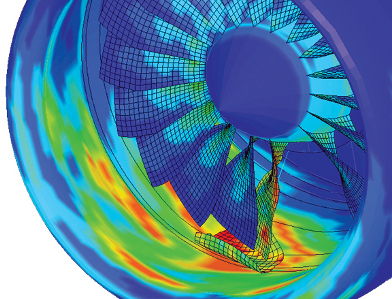 Finite Element Analysis (FEA) is used extensively by Automotive industries in recent times. It is mainly due to the fact that the timescale between concept to prototype development has reduced to even 18 months in certain cases. For a product/model to succeed in the market, reduced lead time with high quality and reliability is the need of the hour along with various other influencing factors. This is achieved using FEA by virtually predicting the vehicles response during primitive design and modify the design before physically validating it through testing. 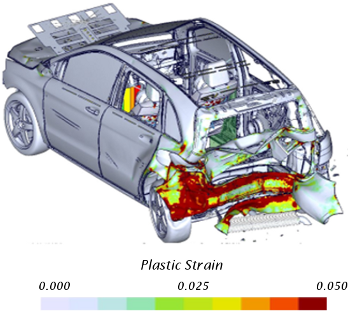 Manufacturing is the most diverse sector in the field of engineering involving a plethora of process and activities that are highly sensitive to quality and reliability of the components and process used. Globalization and stringent government norms has built pressure on manufacturing industry for effective and optimum utilization of raw materials, power and other resource consumption. In order to meet out the market demand and competition without compromising on government regulations, manufacturers globally adapt techniques like mass production and automated production lines. The efficiency of such techniques is heavily dependent on the quality and reliability of the machines and process used.

The process of manufacturing involves the use of robustly built machinery, tools and complex techniques involving mechanical and thermal loads. To withstand such loading conditions, the machine elements and tools need to be designed with better quality and reliability. Cost effective production of reliable and better components with minimal effort and time require the use of computer aided engineering tools like FEA. The primary purpose of using FEA within manufacturing sector is for design enhancement, optimization and material weight reduction of various components involved in the manufacturing process and optimization of manufacturing process and its parameters. 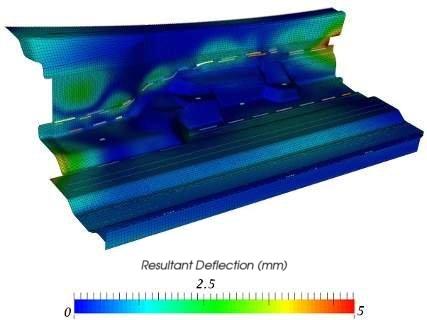 Components of Oil & Gas industry are exposed to harsh environments and thereby subjected to a very high pressure and temperature loads during its regular operations. In recent times, there is a growing need for oil & gas plants to overcome these engineering challenges in order to ensure safe and reliable operation of the equipments in a cost-effective manner. One such way is to use more advanced analysis tools such as FEA to design, model and simulate oil & gas plant components. FEA allows engineers to design new components and to optimize the existing components without having to undertake expensive large scale tests. It also helps to obtain a viable and a workable solution at a lesser time and reduced cost. 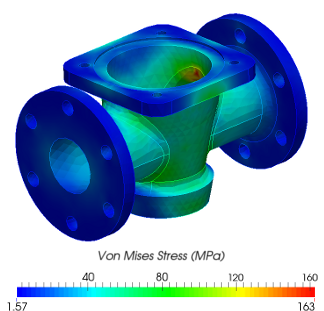 Power Plant is an assembly of systems or subsystems to generate electricity. The power plant equipments are subjected to fluctuating thermal and mechanical loading during its operations. To ensure optimum performance with high reliability, it is mandatory to accommodate the varying load parameters at the design stage. TEFUGEN offers FEA solutions in the following areas of Thermal Power Plants apart from various other domains.

The temperature gradient in the Air-PreHeater (APH) causes thermal deflection of the diaphragm plates. This deflection increases the clearance between the seals (attached to the diaphragm plate) and the sector plate. As a result of increased clearance, there is a heavy leakage from air to gas side due to differential pressure.

FEA is used to predict the diaphragm deflection caused by thermal gradient during its operation. Depending on the predicted deflection, accurate APH seals setting is done to minimize the APH leakage.

Air-PreHeater Bearing Housing – Prediction of Stress & Deformation due to loading

APH Bearing Housing is a major component which holds the whole weight of the APH. Bearing Housing is subjected to both axial and radial loads resulting from both weight of the APH & its operation. If the housing deflection exceeds 0.03 mm in the bearing outer race seating area, then it reduces the life of the bearing depending upon the deflection magnitude.

FEA is used to determine whether the stresses and deflection induced in the housing are within the limits prior to the designing and manufacturing of the housing. Such type of FEA simulations are extremely useful during renovation & modernization works carried out at power plants.

Pressure vessel is a container designed to hold gases at a higher pressure. Due to high operating pressure & temperature including the fluctuation of the same inside the vessel, fatigue crack can be initiated at the discontinuity where fatigue strength will be very weak. These regions are typically the location of highest stress in the component.

FEA is used for the evaluation of local failure & fatigue in the pressure vessel. Stress Classifications Lines are also typically located at the local structural discontinuity of vessel using FEA. 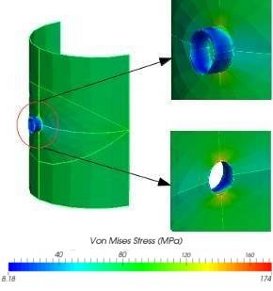 Turbomachinery industry is on the run to increase the efficiency in order to reduce emission and save fuel. Further, targeting to increase the life directly brings in cost savings. This requires dramatic changes in the design of the turbo components like Stator, Rotor, Seals and other rotating systems. A detailed study of fatigue, vibration, stress and heat transfer within the system help us to predict the failure modes and life of the turbomachine. TEFUGEN’s Finite Element Analysis services fulfill those requirements. 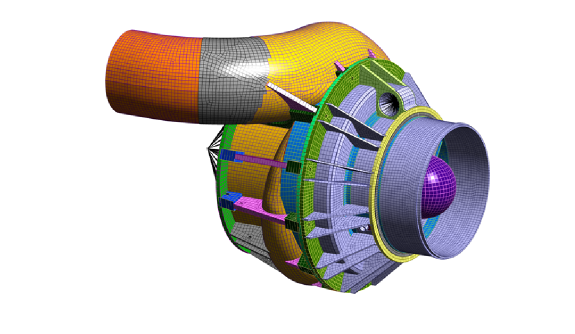 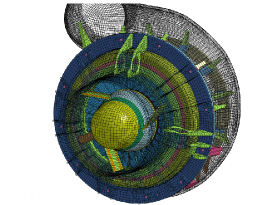 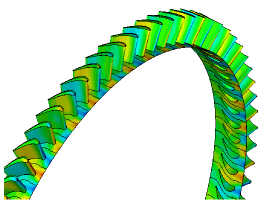